An open source Python app that creates 2D particles from images (or videos ) using feature points from Computer Vision feature detectors. Giving the information of the silhouettes in some cool abstract open to interpretation way.

You can see a video made with this here:

I wanted to recreate a video effect that I saw in a concert where the images are replaced by black backgrounds and red points that go around the silhouettes, suggesting the shapes.

In a quick search in Google I couldn’t find a video effect like that, so I had to figure out myself how to do it.

In Computer Vision there are automatic ways to get keypoints from an image (they are used to describe images). I had the idea of using the position of these keypoints to generate the red dots. The FAST corner detector is one that calculates very quick so I chose to use that. I use OpenCV for that https://opencv-python-tutroals.readthedocs.io/en/latest/py_tutorials/py_feature2d/py_fast/py_fast.html

I also use Particles that can have certain life span, color and movement.

I use this Python libraries:

I downloaded a live concert from Youtube of my favorite band to work on it. https://www.youtube.com/watch?v=zNaUv_XYFGg

Made the code to read the video frame by frame, getting keypoints for each one, and creating a new particle for each keypoint, then render the current particles into an output frame and appending them, and finally create the video with the set of output frames.

Creating particles that are only alive for one frame it takes less than 3 minutes to process the 6 min 30 sec video in an AMD Ryzen 4900HS 8-core processor.

And using particles that are alive for 1.25 seconds is this, it takes almost 15 min to compute.

One main issue with FAST feature is they are depending on a threshold parameter, so you have to try many threshold values to find one that gives good results.

Is also a big difference in computing time when more particles are added per frame. The entire video has about 12000 frames.

Finally, I think the results are good, they give a stylistic view that is open to interpretation of the listener and invites him to wonder. But sometimes the randomness of the features might distract the viewer if it is not very clear what is in the screen or if it is too noisy.

I implemented rigid body physics for the Particles, but I didn’t have enough time to apply it, so in the future one could apply a force that would move the particles in time. The same with color and scale of the particles. Here is an example of how it can be done:

I knew I could use OpenCV for getting FAST features, but I didn’t have it installed in my computer and haven’t used it for about 4 years, so I looked again at how to implement FAST features to do it myself without OpenCV.

It was a bit difficult so I looked for an implementation in Python online and found this https://github.com/tbliu/FAST.

I tried it and had this result: 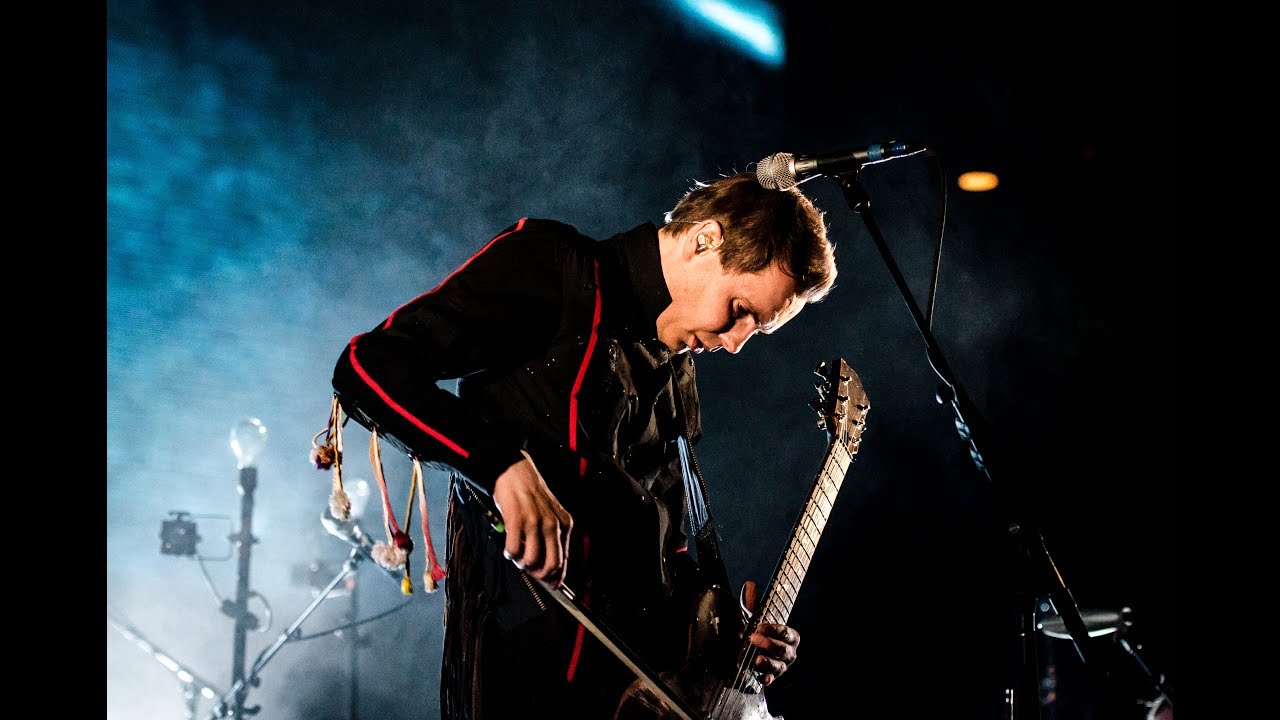 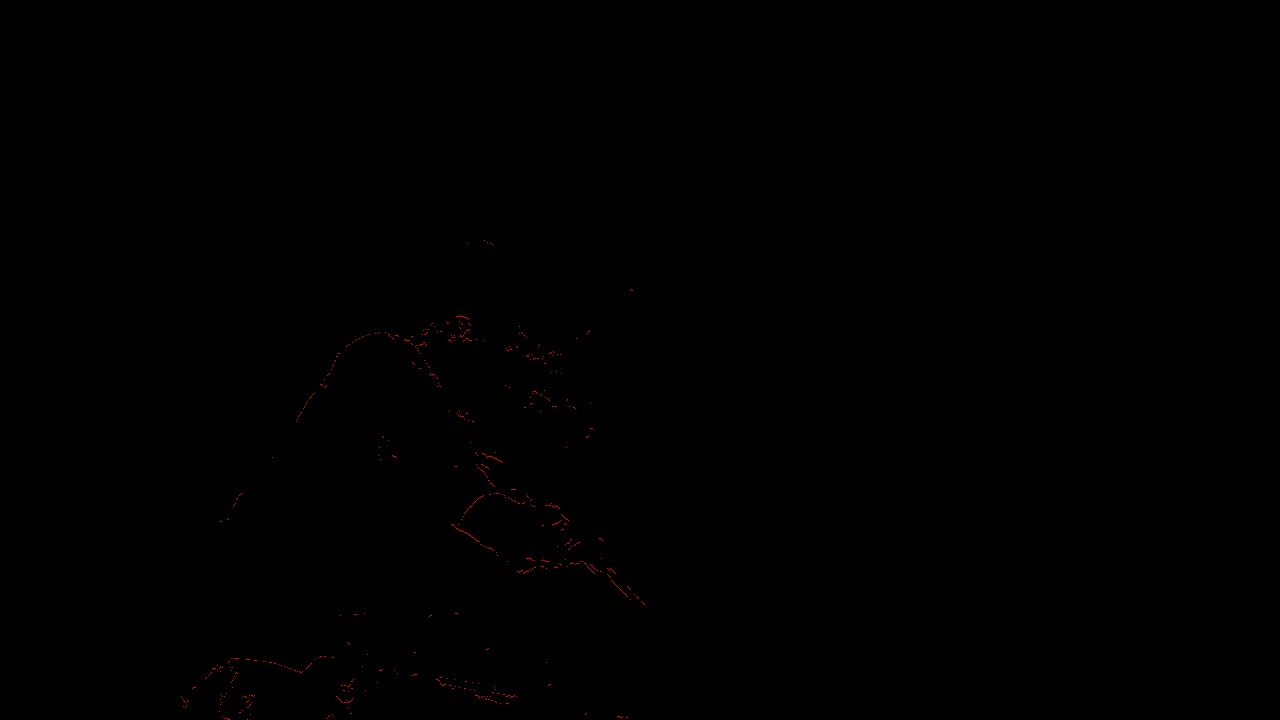 Result Using FAST from tbliu (It looks good but I think it would be better if the points are not so close from each other, I might have to do something to sample them spatially)

But the time to generate it was far from “FAST”. It took 1 minute to generate one image, so clearly is not for real-time (like what I saw in the concert) but anyway I wasn’t expecting to make it work in real-time, my goal is to generate a video offline with a duration of at least a minute. At 30 FPS that would be generating 1800 images. That would make 1800 minutes or 30 hours of processing.

That’s a lot of hours, but I should be able to run it remotely in the lab from the university (I have successfully run other Python programs for days before). But that is not counting the particles part of the program, all the physics calculations…

I think the calculations shouldn’t take too much time per frame and I should be able to implement them somewhat efficiently, so that doesn’t worry me much. I would not be implementing collision detection, the particles would just have lifespan, position, velocity and color.

I think also the fact that I’m using a HD image adds complexity to the feature detection part. There are millions of pixels that have to be checked, and I wouldn’t use smaller images because that would eliminate image quality that I think it’s important for the aesthetics in this case.

Finally, I installed OpenCV in a Ubuntu WLS inside Windows, and I will be trying to use that instead. I didn’t have enough time to create the particle class, so I will also work on that next.

In the next two weeks I’ll have to: